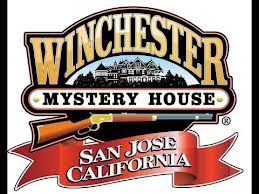 The Winchester Mystery House® is an architectural wonder and historic landmark in San Jose, CA that was once the personal residence of Sarah Lockwood Pardee Winchester, the widow of William Wirt Winchester and heiress to a large portion of the Winchester® Repeating Arms fortune.Tragedy befell Sarah – her infant daughter died of a childhood illness and a few years later her husband was taken from her by tuberculosis.

Save on your shopping with Winchester Mystery House coupon codes and deals:

Shortly after her husband's death, Sarah left their home in New Haven, CT and moved out west to San Jose, CA. There, she bought an eight-room farmhouse and began what could only be described as the world's longest home renovation, stopping only when Sarah passed on September 5, 1922.

But what remained is indeed a mystery. Even before her passing, rumors of a "mystery house" being built by an eccentric and wealthy woman swirled. Was she instructed to build this home by a psychic? Was she haunted by the ghosts of those felled by the "Gun that Won the West"? Did construction truly never stop? What motivated a well-educated socialite to cut herself off from the rest of the world and focus almost solely on building the world's most beautiful, yet bizarre mansion?